I Want You (Feat Sahffi Lynne) 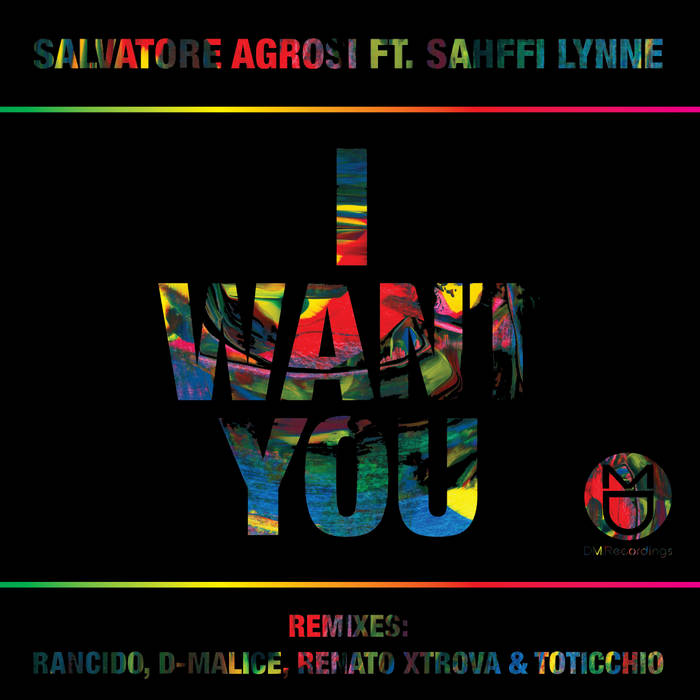 "I Want You" is a Soulful production by artist/producer Salvatore Agrosi from Italy which feature amazing vocals by Sahffi Lynne from Baltimore, USA.

Salvatore Agrosi is one of the youngest dj/producer on the international music scene.

His career as a producer started in August 2008 when just 20 years-old, he released his first remix on Sofitone rec. 'Patrick Green - Qua Tanka (Salvatore Agrosì mix). This work was a success and remained for some weeks on 'Traxsource top20'.

Salvatore's sound passes from the most profound soul to the deep pure with a touch of Afro and deep tech elements.

Sahffi is an international singer/songwriter, with a recent #1 hit in Botswana, South Africa, and a #1 download on Traxsource as a member of the international house group 't3N.' Sahffi was also awarded a 2010 Individual Artist Grant awarded by The Baltimore Office of Promotion and the Arts and The Maryland State Arts Council and in March, 2012, Sahffi & Her Band were a featured artist at CenterStage's cabaret in Baltimore, Md. As a member of the international acoustic duo, 'goatFISH,' she's opened for national acts Carbon Leaf and Rusted Root.

Sahffi has released three full length albums: "...and I am not sorry," "Turning Tides," and "Expectations." She is currently working on her fourth album "The Break" with Jason Love of the Columbia Symphony Orchestra to arrange the album for orchestral instruments. The new album will tie together her first love of classical music (she is a graduate of The Peabody Conservatory) with her current passion.

DM.Recordings are proud to have these two amazingly talented artist under their wings. This first release of 2013 consists of 4 versatile remixes.
Rancido from the Netherlands, who has provided a smooth, sexy Afro/Soul mix, Renato Xtrova from Angola who has given us a bumpy tribal remix which is sure to set the clubs on fire, Toticchio from Italy goes on the Deep/Chill out House vibe and label owner D-Malice from UK gives you a taste of Deep/Afro with a hard hitting beat and bass.

A selection for everyone and a MUST have for House lovers.

Mastered at The DM.Labs (UK)